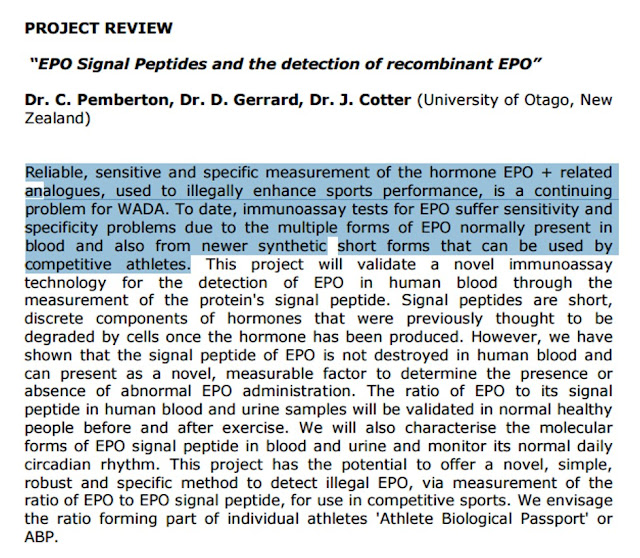 At the same time that WADA was arguing for the sanctioning of Steven Colvert, based on the robustness of EPO testing, it had funded a group of researchers in New Zealand to work of problems associated with those same tests.

The project described above is listed on the WADA website (here in PDF) and was funded for the period 2013-2014 (according to a research report of the University of Otago Heath Sciences department here in PDF). Colvert was sanctioned in 2014.

Here is a key passage:


Reliable, sensitive and specific measurement of the hormone EPO + related analogues, used to illegally enhance sports performance, is a continuing problem for WADA. To date, immunoassay tests for EPO suffer sensitivity and specificity problems due to the multiple forms of EPO normally present in blood and also from newer synthetic short forms that can be used by competitive athletes.