Lab Times vs. WADA Labs, Round 2 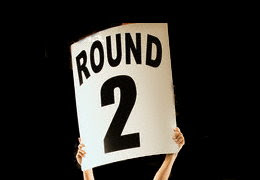 This week, the German medical journal Lab Times has published a remarkable article, by Nissen-Meyer and colleagues, about the doping conviction of Steven Colvert, an Irish sprinter. That paper argues that the Colvert conviction rests on a shaky foundation of science. I'll have more to say about the substance of the paper shortly.

Here I'll note that I've learned today that the WADA laboratories are preparing a response to that article. This will not be not the first interaction between Lab Times and the WADA labs. A somewhat bizarre earlier interaction is described in the excerpt below from a Guardian piece I did last summer, drawn from The Edge.

In that piece, I explained problems in WADA's use of science in the doping case of Erik Tysse, documented in several Lab Times articles by Nissen-Meyer and colleagues. I observed that the WADA lab directors were none too happy about it and responded not with argument, but with something else:


But the story gets stranger. The editors of Lab Times revealed in November 2015 that Peter van Eenoo, the president of a group representing the Wada-accredited laboratories, sent a letter on behalf of Wada laboratories to companies that had advertised with Lab Times. The letter, sent in October 2105, complained about the Nissen-Meyer article published in Lab Times: “Your company is one of the companies… which has supplied us with instruments for many years. As you are an important sponsor of ‘Lab Times,’ we want to inform you that we consider that the [Nissen-Meyer] article and behavior of ‘Lab Times’ reflects badly on your company.” One of the companies that received the letter shared it with the editors at Lab Times, who wasted no time in publishing an excerpt as part of an editorial commentary about van Eenoo and his colleagues’ tactics.

The Lab Times editors described the message that they thought the letter was carrying:


The malicious intent and undercover nature of this letter is a clear attack on press freedom. In addition, it may inflict serious damage on the business of our publishers. Van Eenoo stopped short of open threats, of course. But his heavily implied message is clear: The 35 accredited Wada labs will no longer do business with companies that advertise in Lab Times.

I asked van Eenoo about the letter and his motivation for writing it. He explained that Wada’s ethical code prohibited him and his colleagues from responding to the Lab Times articles in the scientific literature and that any such response would have called attention to the claims: “As a lab, we are bound by Wada’s ethical code and cannot respond in such cases. In these cases all the other party wants is as much publicity as possible. By responding to this, they would have gotten exactly what they want.”

Setting aside the issue of doping, in terms of scientific integrity, the behavior of the Wada lab directors is troubling on several levels. First, if true, the allegations related to the manipulation of images used as evidence by Wada’s Rome laboratory constitute research misconduct. Unfortunately, such allegations are not isolated. Since Wada was created, more than a dozen of its thirty-five accredited laboratories have been suspended or lost their accreditation due to producing “sub-optimal work.” The Rome lab’s activities in the Tysse case, if they happened, are clearly sub-optimal. The Wada lab in Rio, where the Olympics are about to begin, has just been reinstated after being suspended.

Perhaps more troubling is that, when faced with evidence assembled by a team of independent academics in a popular German journal, the Wada lab directors responded with what appears to be a thinly veiled threat to the companies that advertise in that journal. An independent investigation of the scientists’ allegations would have been a far better response.

All of this is documented in The Edge.

So, as a discussion on the case of Steven Colvert is motivated by the new Lab Times article, it will be interesting to see how the WADA labs respond to this latest independent evaluation of their work in a questionable case. Will they address the legitimate (and troubling) scientific issues? Or will they again threaten Lab Times with economic consequences?