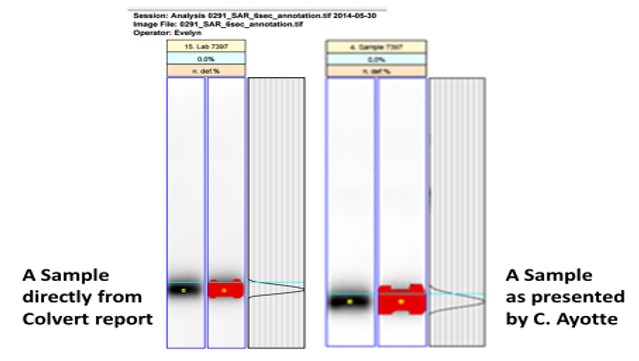 UPDATE: Via Christiane Ayotte on Twitter I have learned that she is using the confirmation test and not the screening test. The difference between the two tests is a point of dispute. The confirmation test was not cited in the Colvert hearing, the screening test was, so it is a bit odd that Ayotte's defense ignores the science used in the hearing in favor of an alternative explanation.

The figure above shows the A sample result from Steven Colvert's original report (left panel, here in PDF). The one on the right comes from Christiane Ayotte's defense of WADA labs in that case published today here as Figure 4.
Posted by Roger Pielke, Jr. at 2:16 PM