More on Expert Advice at USA Cycling: Should I Stay or Should I Go? 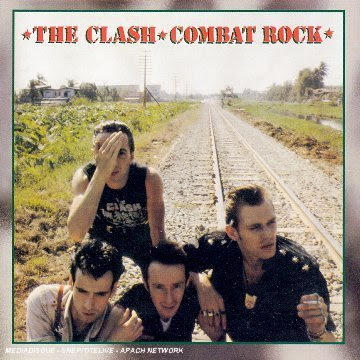 Last spring, USA Cycling terminated their relationship with their newly installed chair of their anti-doping advisory committee, Paul Dimeo of Stirling University in Scotland. For background and commentary see here and here.

A member of that committee, John Gleaves of California State University-Fullerton, has recently wrritten an essay explaining his decision to remain on that advisory committee after Dimeo was sacked. Here is an excerpt:


As much as I was disappointed, I also was conceey rned. It appeared that USA Cycling expected members of the advisory board would not offer opinions contradicting any of their official positions. If this were the case, it clearly threatened my academic freedom and I was not prepared to make this concession. I firmly believe that academics have an obligation to share what they discover, regardless of how receptive the political or cultural landscape finds the results. Making matters more complicated, I appreciated how choosing to stay on the advisory board would give the tacit signal that I ascribed to all of USA Cycling’s anti-doping positions, which I do not. I had agreed to advise them on the specific aims of the committee, I had not agreed to being a spokesperson defending all of their positions.

After returning from Greece, I had set up what I expected to be a difficult phone conversation with Jon Whiteman. I needed to know my academic freedoms remained intact and that there would be no censor over my writing or research. We agreed that as long as I offered such positions as a faculty member at California State University, Fullerton and not as a USA Cycling Anti-Doping Advisory Board member, I was free to write and speak in line with my research.

As for my disagreements with certain anti-doping policies, such as my opposition to cannabis being included on the banned substance list, the obvious point is that those policies are not even decided by USA Cycling but by the World Anti-Doping Agency. USA Cycling was not asking for my opinion on that issue and I was free to hold this perspective. I would only be asked to advise on the policies USA Cycling could control, such as anti-doping prevention efforts within amateur cycling, and I had no problem doing my best to advise them on such efforts.

Unfortunately, the agreement reached between Gleaves and USA Cycling doesn't make much sense.

Experts offer advice and decision makers decide if and how it should taken. Strong organizations routinely solicit more and more diverse advice than they can use, because diverse views and conflicting knowledge can inform better decisions. They clearly explain that their advisors are advisors and do not represent the organization, as they are not employees or officers.  It remains unclear whether USA Cycling is up to the challenge of receiving such advice.

Gleaves has written a thoughtful essay, which is worth reading in full. It will be interesting to watch how the committee performs and hear further reports from the committee.
Posted by Roger Pielke, Jr. at 2:31 PM