The Guardian has a good summary of various reactions.

While the verdict was not a surprise, lead investigator Michael Garcia's reaction was unexpected. He has claimed that the summary report: “contains numerous materially incomplete and erroneous representations of the facts. I intend to appeal this decision to the FIFA Appeal Committee.”

However, some knowledgeable folks on Twitter have noted some cautions in the likelihood of success of any such appeal:

So this episode still has a way to run.

However, as I've often observed, don't count on FIFA changing its ways anytime soon, or anyone making them change. One remaining wild card in the ongoing FBI investigation, about which we know little. So stay tuned.

FIVB Sanctions Iran Over its Ban on Female Spectators

The International Volleyball Federation has sanctioned Iran for jailing a woman who attended a recent FIVB World League volleyball match. Women are banned from attending matches in Iran. FIVB says that Iran must lift the ban. Human Rights Watch has details here.

It is unclear how severe the sanction actually is, as several planned FIVB events in iran are unaffected by the ban. Insidethegames.biz reports:


There will be no events awarded to Iran by the International Volleyball Federation (FIVB) until Ghoncheh Ghavami is released from prison and a ban on women attending matches is lifted, it has been revealed.

The pledge was made by the FIVB during a meeting with Non-Governmental Organisation Human Rights Watch after they called upon them to "step up its action" to support the Iranian-British woman sentenced to a year in jail in Iran for attending a match.

The new ban does not include next year's FIVB World League, whose fixtures had already been scheduled.

It also does not include the 2015 Asian Volleyball Championships, awarded to Tehran even though there is international condemnation of the arrest of Ghavami.

However, according to the FIVB, the under-19 World Championships have in fact been stripped from Iran and awarded to Argentina. Iran's volleyball federation says it is unaware of the actions.

The FIVB action is significant, and stands in stark contrast to how FIFA has handled issues of alleged human rights abuses in Qatar and Russian's incursion into Ukraine. FIVB has been put under considerable pressure by human rights organization, and its pledge to sanction Iran was announced by Human Rights Watch, an NGO.

The FIVB itself has very recently been the focus of its own governance issues, as chronicled by Play the Game. Its president has been accused of violating its statutes in order to extend his term.

Where sport meets society, messiness inevitably results. The FIVB sanctioning of Iran represents an important case of a sports organization paying attention to what is going on in the outside world, and taking action.
Posted by Roger Pielke, Jr. at 1:19 PM 0 comments

Thirteen US Senators Weight In on Turf

Last week 13 US Senators - 12 Democrats, 1 Republican - wrote to Sunil Gulati and Sepp Blatter in support of the women soccer players who have appealed to Canada and FIFA to play the 2015 Women's World Cup on grass rather than turf.

The letter is significant for have being written, but also because it has 13 signatories (out of 100 US Senators). The letter is exhortation, as US Senators have no formal oversight of FIFA or the 2015 WWC. But significant still. Soccer is on the radar.

You can see the letters here.
Posted by Roger Pielke, Jr. at 7:29 AM 0 comments

So is this Cheating?

FIFA officials often claim that they get an undeserved bad rap from outside observers. Without a doubt, I've personally met some fine people who work at FIFA, However, the organization's public behavior does not led itself to very charitable interpretations of its actions.

Here is a case in point.

Last week FIFA, in the midst over debate over the artificial turf fields planned for the 2015 Women's World Cup, posted a discussion with a so-called "independent" turf expert:


After the FIFA Executive Committee ratified the decision to use football turf pitches at Canada 2015, independent consultant Professor Eric Harrison travelled to Canada from 29 September to 8 October to assess all of the stadium and training pitches ahead of the event.

The independent expert was effusive in his support of artificial turf, as one might expect to find at FIFA.com, because FIFA wants the tournament played on that surface.

I study experts in decision making, and it would be hardly interesting or newsworthy had FIFA cherry picked an independent expert to profile who just so happened to share their views on turf. Such "expert shopping" happens all the time, and is to be expected.

However, what FIFA has done instead is to characterize an expert as independent who just so happens to be on the FIFA payroll. That is a big no-no in any setting. FIFA explained that its turf expert is a paid FIFA consultant in an interview with @figurethingsout (emphasis added):


FigureThingsOut – There has also been concern regarding FIFA’s latest review of the Turf in Canada. FIFA used Professor Harrison in the study and people are questioning how, as FIFA put it, “independent” Professor Harrison is when he’s worked with FIFA since 2000. Can you address their concern?

FIFA Spokesperson – Professor Eric Harrison is not a FIFA employee and as such is considered as “independent”.

FigureThingsOut – Does FIFA pay Professor Harrison for all his studies dating back to 2000.

FIFA Spokesperson – Dr. Harrison is paid a consultancy fee for his technical advice. The research itself is carried out by universities or testing institutes.

Well, no. In the FIFA Statutes (here in PDF) we can find its definition of "independent," in the context of its Ethics appointments, which in part reads:


. . . shall not be considered independent if, at any time during the four years preceding his term, he or any family member (spouse, children, stepchildren, parents, siblings, domestic partner, parents of spouse/domestic partner and siblings and children of domestic partner):

• held any paid position or material contract (directly or indirectly) with FIFA and/or any Member, Confederation, League or Club (including any of their affiliated companies/organisations);

So under FIFA's own definition, its turf expert is clearly not "independent." And FIFA knows this, despite representing him otherwise.

So for the good folks in FIFA wishing that external critics will cut you some slack, this little example is a recipe for how not to build trust or goodwill among your outside observers. We do pay attention.
Posted by Roger Pielke, Jr. at 12:09 PM 0 comments

Chuck Blazer and the FBI 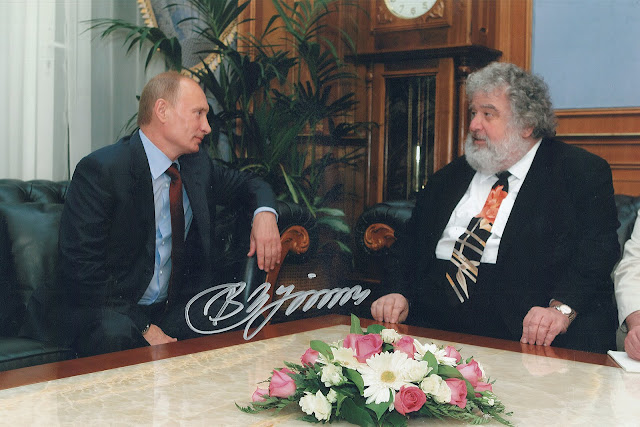 By now, if you follow FIFA and sports governance you know all about the NY Daily News revelations about the FBI turning Chuck Blazer. The Daily News reports:


a wide-ranging Daily News investigation revealed the feds flipped the 450-pound Blazer, who at the behest of the FBI and IRS discreetly placed his keychain — a tiny microphone embedded in its specially altered fob — on a nearby table as a parade of international figures visited Blazer at various venues, including the London Olympics.

The story is colorful and titillating, but what does the story actually tell us?

We've known for a while, thanks to reporting by Andrew Jennings and others, that the FBI and IRS were hot after Blazer. I discussed these investigations back in 2013 on this blog.  At the time it was unclear how far the investigations were going, or which target(s) was/were the focus of the investigations.

The interest in Blazer is obvious -- he avoided a boatload of taxes and may have engaged in various other crimes. Many details were provided in the 2013 CONCACAF Integrity Report. The NY Daily News tells us that the FBI is looking for bigger fish to fry.

Presumably -- and this is me speculating -- the FBI is looking at crimes committed under the US Foreign Corrupt Practices Act, which is a 1977 law focused on corrupt business practices. But FIFA is headquartered in Switzerland and CONCACAF in the Bahamas, and both are registered as NGOs. So would the FCPA actually apply?

A brief legal note (here in PDF) from Murphy & Gonigle on the FCPA and FIFA suggests maybe not. However, football federations in various countries almost certainly would fall under the provisions of the FCPA, as they are formal instruments of government, if not actual government entities.

If the FCPA is deemed to have jurisdiction over aspects of the Blazer investigation, then the FBI is just one short step away from looking at the role of corporate sponsors in partnering with organizations that are in violation of US law. If so, that could bring enormous pressure upon FIFA.

I discussed this possibility in my 2011 paper on holding FIFA accountable (here in PDF):


The invocation of US anti-corruption legislation was arguably a central factor that motivated reform of the IOC. There is no formal obstacle to a similar strategy being employed in the case of international football. However, it might be difficult to imagine a US member of Congress getting too excited about corruption in FIFA or even CONCACAF, given the relatively low stature of soccer in the United States. Yet, at the same time, the issue of corruption in FIFA and its relation to corporate sponsors who do business in the US has all of the same elements of compelling political theater that were present in the case of the IOC. It is not inconceivable that at some point in the future a member of the US Congress might see some political advantage in taking on FIFA, as a low-risk, high-visibility issue.

In the UK, by contrast, there is no lack of attention or visibility to football. The UK media and politicians have been the most outspoken voices calling for reform of FIFA Damian Collins, UK MP, is perhaps the most prominent (see, e.g., Collins, 2011). But the UK has historically lacked legislation comparable to the US anti-corruption laws, making it extremely difficult to invoke domestic laws as a basis for holding FIFA indirectly accountable. However, this has changed with the implementation of the UK Bribery Act of 2010 in July 2011 (Summers, 2011). The Act is not retrospective, so the act is irrelevant to all of the allegations levied at FIFA prior to its implementation. Future FIFA actions may however fall under the provisions of the Act. Given the attention paid to FIFA by the English Football Association, the UK parliament and prime minister, it is possible that in the future, the Bribery Act may be considered a mechanism for holding FIFA accountable.

Not surprisingly, Damian Collins is in the news today invoking the UK 2010 Bribery Act in response to the Daily News story. Could the new revelations be another domino to fall in a long series?

On the other hand, the FBI and DOJ famously dropped, without explanation, a criminal investigation into Lance Armstrong and the US Postal cycling team. Perhaps the NY Daily News story is the result of internal debate over whether to carry the investigation forward.