News Roundup: Romario, the FA Bid, and that White Elephant

In Brazil, former World Cup star Romario, who is now a member of the Brazilian congress, takes sharp issue with FIFA's demands that various Brazilian laws be suspended for the World Cup:

The Brazilian congress is currently debating a bill that would meet Fifa's conditions for the tournament.

The former star was speaking on a visit to Rio de Janeiro's Maracana stadium, which is being refurbished for the tournament.

"If Fifa is not put in its rightful place it will soon have more power than our president," he told journalists.

Romario said Fifa could bear the cost of maintaining discounted tickets for students and pensioners during the tournaments estimated at around $100m (£64m).

"Fifa could earn a little bit less so that the Brazilians can take part," he said.

Fifa says the money it makes from World Cup tournaments is reinvested in football.Earlier Romario expressed himself more strongly on his Twitter account.

"Brazil needs to stop this business of becoming a slave of Fifa," he tweeted.

"The sovereignty of the country must be respected".

England's FA has released details on the full cost of their failed 2018 World Cup bid, from insideworldfootball: 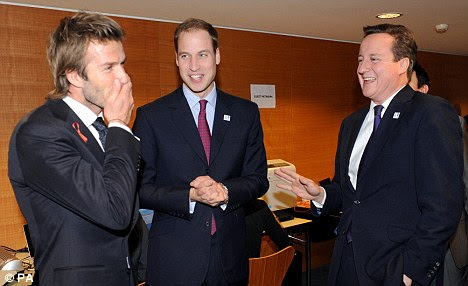 Four days after Sport and Olympics Minister High Robertson described England's doomed 2018 World Cup bid as the "biggest single failure" of his ministerial career, it was revealed today that the bid cost £6 million ($9.5 million/€7 million) more than everyone had been led to believe.

According to just-released Football Association accounts, the actual amount was £21 million ($33 million/€24 million), not the £15 million ($23.5 million/€17 million) that has been widely reported for months.

England gained just two votes in December including that of their own FIFA vice-president at the time, Geoff Thompson, despite campaign lobbyists criss-crossing the globe to try and garner votes at huge expense. . .

"When I look back on it now, I wish we had the gumption or the knowledge to realise at a very early stage that FIFA wanted something fundamentally different than what we were putting on the table," [Robertson] said.

"I wish we had had foresight to appreciate that earlier in order to stop the investment of £15 million."

England's spending per vote won was the highest of any bidding country apart from Australia, who forked out a monstrous £28 million ($44 million/€32 million) on their 2022 campaign and won just a single vote.

I discussed Australia's failed bid not long ago here.

British sports minister Hugh Robertson said. "We know there is huge interest in the stadium out there from private operators and football clubs and crucially we remove any uncertainty.

"This is not a white elephant stadium where no one wants it, we have had two big clubs fighting tooth and nail to get it."

I wonder where the stadium will eventually rank on PTG's "White Elephant" Index?
Posted by Roger Pielke, Jr. at 3:23 AM