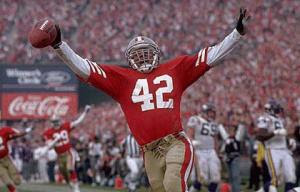 I learned of the "Goldman Dilemma" from Perikles Simon's fascinating talk on doping at PTG today. Here is how the dilemma was characterized in the NYT last year:


There’s a well-known survey in sports, known as the Goldman Dilemma. For it, a researcher, Bob Goldman, began asking elite athletes in the 1980s whether they would take a drug that guaranteed them a gold medal but would also kill them within five years. More than half of the athletes said yes. When he repeated the survey biannually for the next decade, the results were always the same. About half of the athletes were quite ready to take the bargain.

Only recently did researchers get around to asking nonathletes the same question. In results published online in February, 2009 in the British Journal of Sports Medicine, exactly 2 of the 250 people surveyed in Sydney, Australia, said that they would take a drug that would ensure both success and an early death. “We were surprised,” James Connor, Ph.D., a lecturer at the University of New South Wales and one of the study’s authors, said in an e-mail message. “I expected 10-20 percent yes.” His conclusion, unassailable if inexplicable, is that “elite athletes are different from the general population, especially on desire to win.”

In an op-ed several years back I used former American football player Ronnie Lott's pinkie as a way to explain the debate over stem cells.  Lott famously had the tip of his pinkie cut off after the 1985 season. I used the example to segregate people into categories of "Stalwarts" and "Dealers" -- the former would refuse to trade a pinky regardless of the benefits, whereas the latter have their price. Elite athletes are apparently Dealers, making regulation of doping a difficult challenge at best, hence the dilemma.

Simon cites this paper as offering the best evidence of blood doping in track and field athletes -- a 14% occurrence rate.

My op-ed on stems cells and Ronnie Lott's pinkie can be found here in PDF.
Posted by Roger Pielke, Jr. at 7:07 AM