Journalists and Academics Moving Beyond the Scandal Beat

Articles in The New Yorker and Columbia Journalism Review suggest that the narrative around college sports is changing from one that emphasizes scandal in the sense on NCAA rules violations to one focus on more fundamental questions of governance by the NCAA itself.  Academics can help this transition.

Writing for The New Yorker, Reeves Wiedeman riffs off of the Taylor Branch article in the Atlantic which appeared last week:


It becomes harder each day, if not impossible, to maintain the lie that the sport is an innocent beacon of amateurism where those players not lucky enough to one day be paid as professional football players will at least be able to take home their degrees in Physical Education and General Studies. There’s plenty of money involved; the question is whether it’s ending up in deserving hands. College football is not dying—multi-billion dollar industries do not disappear overnight—but the system behind it is showing signs of faltering. Whether anyone can and will step in to deliver the knockout blow remains to be seen.

The Columbia Journalism Review turns a critical eye to journalism and its role in reinforcing the "scandal beat" -- investigative journalism that uncovers NCAA rules violations -- at the expense of the broader issues of governance.

The cumulative reportage of a relatively small group of sports journalists on what might be called the Scandal Beat constitutes a compelling case for the unenforceability of the NCAA’s bylaws. In the process of building that case, these reporters have delivered an impressive perp walk of bogeymen: scurrilous agents, meddling boosters, selfish teenage athletes, badly behaved coaches. In many ways it has been a wildly successful display of watchdog journalism, and it helped establish the idea that sports is something that can and should be subjected to the same journalistic scrutiny as other institutions in our society—and that the sports desk could be more than just the “Toy Department,” as it had been derisively tagged by newsroom colleagues.

But the success of this work also belies a deeper problem with the coverage of college sports. The Scandal Beat exists as a kind of closed loop: a report of rules violations, an investigation, sanctions, dismissals, vows to do better, and then on to the next case of corruption where the cycle is repeated. The reporting, intentionally or not, promotes the idea that the corruption that plagues the NCAA is the problem, rather than merely a symptom of a system that is fundamentally broken. The Scandal Beat, with its drama and spectacular falls from grace, is much less adept at managing the next step: a robust discussion, prominently and persistently conducted, of why these scandals keep happening and what can be done to prevent them.

Rick Telander, the Chicago Sun-Times sports columnist whose 1989 book, The Hundred Yard Lie, argued that big-time college football should remove its threadbare veil of amateurism, puts a finer point on the discrepancy, calling the rules violations the “crumbs of the problem.” He says: “The big muffin is right in front of us every day. We know it and accept it, so that’s where all the craziness starts. We accept the Big Lie, so we are dazzled and amazed by the little lies. I have found that completely self-defeating and really it hasn’t changed.”

In this way, the Scandal Beat sets its own trap. It produces important stories that fit into a celebrated tradition of muckraking and watchdog reporting. They are the kinds of stories that win prizes and generate traffic. Most of the reporters who do them have been reared in an industry whose professional code demands “objectivity,” a sort of bloodless presentation of the facts that, at its worst, can reduce an obvious injustice to a he said, she said cop-out. The result is straightforward coverage of the NCAA and its rules—and the inevitable violations of those rules—rather than coverage that challenges the validity of the rules themselves, and the system that upholds them.

To this analysis I would have to add the relative paucity of academic studies that look at the governance of sport in general and the NCAA in particular.  In a 1999 paper Rodney K. Smith, a law professor at the University of Memphis and member of the NCAA Infractions Appeals Committee, explained that academics often have a look down their noses at the study of sport: 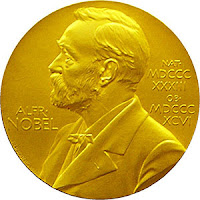 Academics, who understand the need to study major phenomena that affect our culture in great depth, often shun the exploration of deeper ethical and moral issues related to sport. For example, once during lunch with a group of my faculty colleagues, a fellow faculty member asked me what I thought about "the game" that weekend. I responded that I did not watch the game.  Almost aghast, he wondered out loud, "how can you teach sports law and not watch the game."  As academics, like our journalistic counterparts, we are too often caught up in the anecdotal moment of "the game," and rarely pause to reflect thoroughly on the very ramifications of the sport in our society.  This is even more true when, as educational institutions, we have made an academic home for intercollegiate athletics.

Were more academics to focus on issues of governance, and bring it more into the mainstream of scholarship -- as they do in studying most every institution throughout society -- reporters would have another topic to report on. There are of course scholars who have focused attention on sport governance, and produced excellent research and analyses (as there are also journalists who have done so), even on the NCAA (e.g., see Smith above). But within academia the subject is really a niche topic, and, its safe to say, not a prestige area of research.

There is a great opportunity for journalism and academia to evolve in how they address sport.  As the CJR concludes, it is time to realize that,


. . . the most important story in college sports is no longer a sports story at all.