But is it Legal? 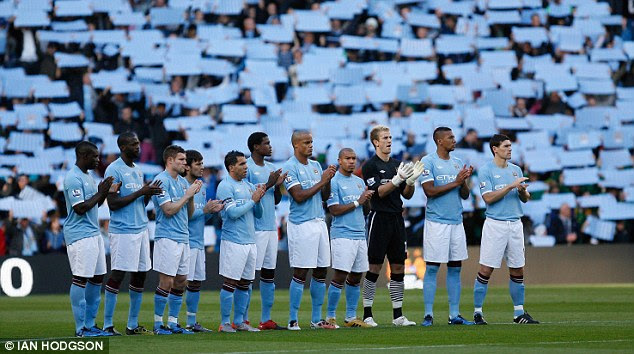 The NYT provides an introductory overview to Sheik Mansour bin Zayed al Nahyan's investments in Man City and their implications for parity in European football:

Now, though, Manchester City’s players take the field in pale blue jerseys that suggest possibility as expansive as the sky itself. Or the fossil fuels beneath it. In 2008, the club was bought for $330 million by Sheik Mansour bin Zayed al Nahyan, a member of the royal family of the emirate of Abu Dhabi who has fueled his team with an oil and talent pipeline.

Sheik Mansour has spent hundreds of millions of dollars for the rights to a raft of top international players and sunk hundreds of millions more into paying their salaries. Ambition has gushed from that $1.5 billion layout, as evidenced by the team’s first appearance in the European Champions League, the world’s most prestigious club tournament. Manchester City faces Bayern Munich on Tuesday, its second match in the tournament, in which it seeks to challenge other giants like Barcelona, Real Madrid, Chelsea and Manchester United for supremacy of all of Europe.

Stefan Szymanski, perhaps the dean of soccer economists, suggests that efforts to limit investments in football may run up against legal obstacles:

Any attempt to nullify the sponsorship deal may fail in court, said Stefan Szymanski, a British economist and co-author of the book “Soccernomics.”

“How do you determine what is the fair value of a corporate sponsorship? In essence, it’s arbitrary,” said Szymanski, who teaches at the University of Michigan. “It comes down to what people are willing to pay.”

The financial fair-play rules may also face a legal challenge for arbitrarily restricting what is considered allowable income on team balance sheets, Szymanski said. “If a wealthy owner wants to put his own money into his own business, how is that not money devoted to football?” he said. “When I go to a game, I take my money and buy a ticket and it becomes football income. When it transfers from the bank account of an Arab sheik, why isn’t that the same thing?”

In theory -- where anything is possible -- FIFA's Financial Fair Play regulations are supposed to help level the playing field with respect to club finances. In practice, things might be a bit different.
Posted by Roger Pielke, Jr. at 8:02 PM