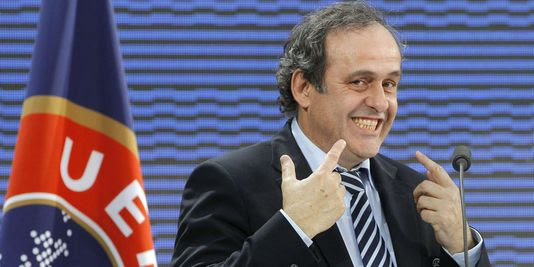 Tomorrow at 4AM Eastern time (10am CET) the Court of Arbitration for Sport will release its decision in the case of Michel Platini. This is a huge decision however it comes out.

Platini is the president of UEFA and FIFA presidential candidate who has been suspended from football-related activities by the FIFA Ethics Committee for a period of 90 days. The ban, which was announced October 8 means that Platini cannot campaign for the FIFA presidency during the period of suspension, which FIFA has said could be extended another 45 days, essentially up to the election, which is February 26th.

Platini has gone to CAS to ask for a "stay" of the suspension which is in effect a lifting of the ban until the full case is heard. If CAS rules in Platini's favor then he would be able to resume his UEFA duties and a campaign for FIFA president. If the CAS rules against Platini, then the current ban would continue, and he would be prohibited from football-related activities, including his presidential campaign.

Then, follow proceedings next week, FIFA is expected to render a judgment on whether Platini (and Sepp Blatter) will face a longer suspension, perhaps 6 years or longer. No doubt that judgment, if against Platini (and Blatter) would be appealed to the CAS. If Platini wins tomorrow but loses with FIFA, it would mean a bit of chaos over the next week as Platini reinserts himself into the campaign and then is forced out again.

Then everything shifts to the FIFA Ethics Committee hearing next week, which provides the second-to-last chance for Platini. A subsequent appeal to CAS would be his last chance.

Given the short time between the request for a stay and FIFA's Ethics Committee hearing, it would seem logical that CAS might simply defer any decision by rejecting the stay in anticipation that it will receive this case anyway, if FIFA rules against Platini. Were I a CAS arbitrator, I would likely make such a (non) decision.

The only exception I'd make here is if there is clear exculpatory evidence in Platini's favor that would suggest that the FIFA Ethics Committee will be ruling in his favor. If so, then there would be no reason not to grant this stay immediately.

However, were I to make a wager, I'd bet on the CAS not issuing the stay and simply letting the FIFA process take its course, in expectation of a chance to review that judgment in a few weeks.