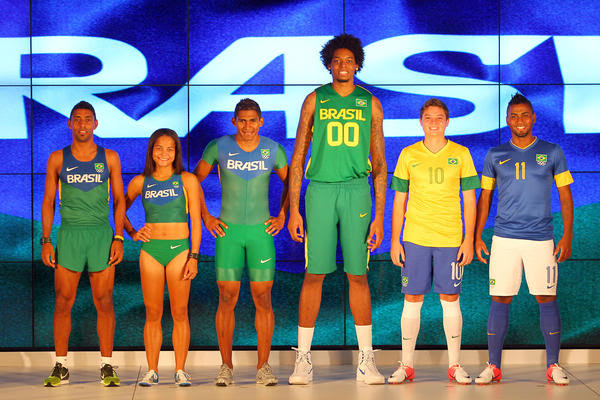 Much attention has been paid to the relationship that Sebastian Coe, president of the IAAF, has had with Nike and the conflict of interest that it represents with his role leading the IAAF.

So just for fun I thought I'd explore whether IAAF Ethics Commission members have any relationships with Nike.  It didn't take much searching.

In his role as President of the Rio 2016 Organizing Committee for the Olympic Games, IAAF Ethics Commission member Carlos Arthur Nuzman oversees a significant partnership between the BOC and Nike. Upon announcing the partnership, Nuzman said:


“Brazil is one of the most sport-obsessed nations on earth and Nike and Brazil have the same DNA in sport. Now we’ll be able to work together in a partnership that will certainly be significant for both partners.”

According to SBD, "sources valued the deal in the $25 million to $40 million range."

Nuzman is one of the members of the IAAF Ethics Commission. He appears to have a major conflict of interest, as clearly defined by the IAAF. He may be the greatest guy ever, but that is besides the point. If COI guidelines are to mean anything, then they should be enforced, not flouted.

I also get that Nike is big and important in sports. But I'd guess that there are probably a few men and women left in the sports world without multi-million dollar personal or business relationships with the company.

Bottom line, this second case of clear COI within IAAF leadership, on the Ethics Commission no less, provides further evidence that the IAAF doesn't understand the concept or understands it and thinks that its doesn't apply. Either way: not good.
Posted by Roger Pielke, Jr. at 11:28 AM