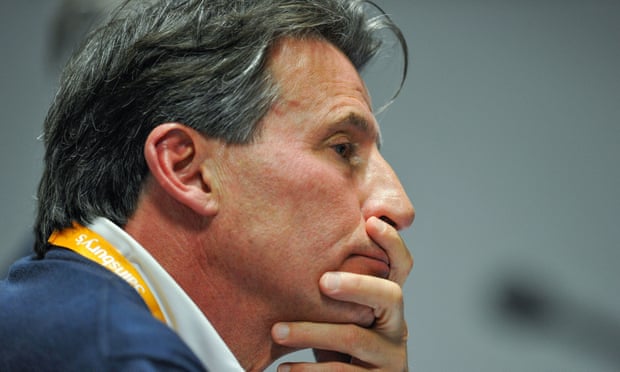 Back in 2011 WADA - the World Anti-Doping Agency - provided research funding to a group of researchers to conduct a study on the prevalence of doping in elite track and field. The researchers conducted their research and then prepared a paper for publication.

The study of more than 2,000 elite athletes concluded that an estimated 29% of athletes at the 2011 World Championships had doped (that is, violated the WADA Code) and 45% at the 2011 Pan-Arab Games. These are big numbers, but consistent with other research findings.

In 2013, the New York Times reported what happened next:


The researchers were eager to publish their results, which they believed would expose a harsh reality of modern sports: that far more athletes are doping than might be imagined, and that current drug testing protocols catch few of the cheaters. But after a final draft of the study was submitted to the anti-doping agency, the organization ultimately told the researchers they could not publish their findings at this time, according to three of the researchers, who requested anonymity because they signed nondisclosure agreements with the agency. The agency said track and field’s world governing body needed to review the findings first, the researchers said.

The idea that a funding agency might have veto power over a research publication is a big red flag in the world of scientific integrity. This is especially the case when the funder has a vested interest in the outcome of the study. Funders and researchers have gotten into trouble with this sort of thing in areas of health, energy and even the NFL and brain research.

. . . more than one year after completion of the study, did it become clear to the authors that WADA could not act independently from IAAF, because WADA had made an agreement with IAAF which was not disclosed to the research group. According to this agreement, WADA would need permission from IAAF in order for us to submit the paper . . .

The existence of a secret agreement between WADA and IAAF is shocking, and is contrary to basic principles of scientific integrity. This is the sort of behavior that we might expect from tobacco companies in the 1980s, not public interest sports organizations working on behalf of athletes, sponsors and fans.

Dr. Ulrich's letter was motivated by what he and his co-authors claim to be dissembling (to be generous) by IAAF President Sebastian Coe when he appeared before the Culture, Media and Sport Committee late last year. Among Coe's false claims were that the paper had been rejected by a peer reviewed publication, a claim that was reiterated by the IAAF just this week. When Dr. Ulrich's letter was posted by the CMS Committee this week, the IAAF responded with a statement, which included this:


The IAAF has no objection to the study being published but it is not in a position to officially endorse the research as it has never received the underlying data on which the study was based. This data has been requested.

I've studied science policy for more than 20 years, so this is in my wheelhouse. The idea that IAAF needs to "endorse the research" or receive "the underlying data" is absurd on its face. Funding agencies, or their secret partners, should have no veto power over the publication of research results. This is just bad practice.

I have two recommendations:

1. Dr. Ulrich and his colleagues should proceed immediately to submit the paper for publication in a peer reviewed journal. I recommend also included the sordid story of the blocking of the paper as there are important lessons here for the sponsoring of research by sport organizations. I am on the editorial board of several journals which focus on science and policy, and I would be happy to oversee the review process for this paper and, if necessary, handle any complaints that WADA or IAAF might have (I have sent this offer to Dr. Ulrich).

2. WADA should immediately adopt a clear policy focused on scientific integrity stating unequivocally that researcher whom it funds have complete freedom to publish all data and research results. WADA should clearly eschew any claim to approval of research, either internally or with its partners. This is science integrity 101.

Sport governance is mired in many controversies these days. One issue that it should not have any trouble with is scientific integrity.
Posted by Roger Pielke, Jr. at 6:49 AM