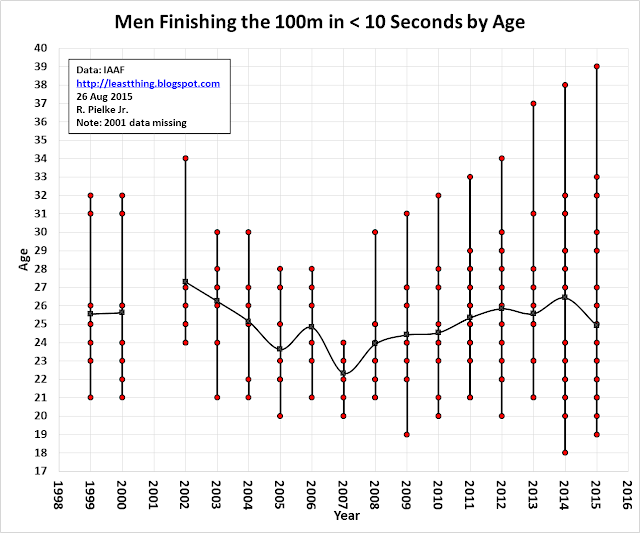 The graph above is an initial follow-up of yesterday's post on the intriguing increase of the number of men and women sprinters running exceedingly fast times. The graph shows the ages of each sprinter which appeared in yesterday's graph (note that some data points might represent more than one person). Note that the age data is available from 1999 (and for some reason 2001 is missing from the IAAF website - which is excellent for these purposes), and obvious 2015 is to date.

What is interesting about this graph is that the age distribution of sprinters running the 100m is less than 10 seconds has expanded. You can see this a bit more clearly in the graph below, which shows the average and +/- one standard deviation values for the data in the graph above. 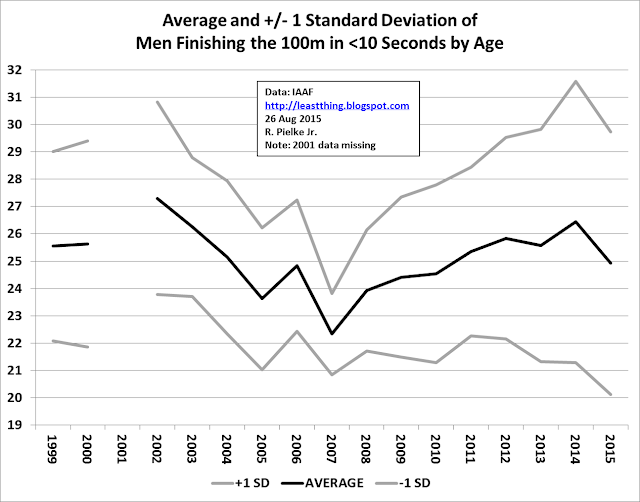 What does the data show?

This is work in progress.

We are asking and answering a few other questions of the data, and for women also. I'll post those up as they become available. There is nothing (yet) said here about causality, and I am fairly sure that this data will not lend itself to any firm conclusions. However, it can help us to ask some smart questions. Meantime, comments, questions welcomed.