UCI Investigation Team to be Announced Next Week 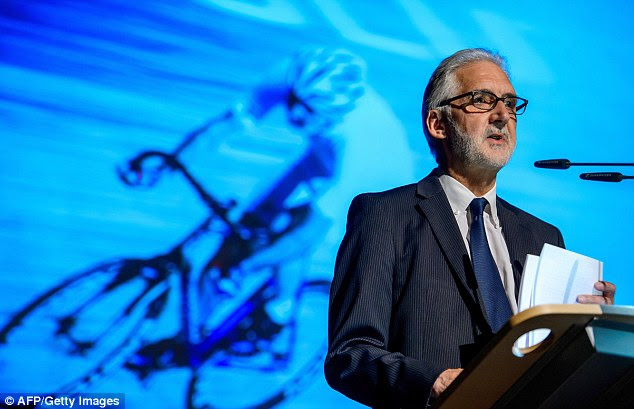 From the Daily Mail:


The independent three-man commission that will investigate cycling’s drug-ridden past will be given full access to computer files seized by corporate investigators.

Brian Cookson ordered Kroll operatives to enter the UCI headquarters in Aigle, Switzerland and seize computers the moment he was confirmed as the new leader of the world governing body in Florence on September 27. Cookson was at pains to ensure ‘nothing was destroyed that shouldn’t be destroyed’.

A UCI source has told Sportsmail the information obtained contains potential dynamite. There have been serious allegations, most notably from Lance Armstrong on this website, that the most powerful officials in the sport assisted riders in avoiding detection for banned substances.

The investigation committee provides another opportunity to evaluate the role of independent advisory bodies in sport. Stay tuned.
Posted by Roger Pielke, Jr. at 3:45 PM