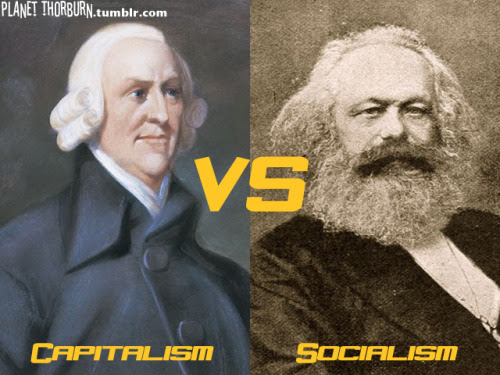 Conventional wisdom of course is that Europe is populated by redistributing socialists and America by greedy capitalists. In sport, such stereotypes don't hold so well, as Stefan Szymanski relates in a great essay at CNN.


The American model works like this. A collection of businessmen agree to found a league, each operating a franchise which is responsible for managing a team, securing a stadium and selling tickets.

The league, meaning owners operating as a committee, manage several important issues centrally. Typically, the broadcast rights are sold collectively, and often the merchandising rights too, with the money to be equally shared between the teams.

Visiting teams may be given a share of the gate. The league negotiates centrally with a players' union, fixing both minimum and maximum salaries.

No club is allowed to spend too much more than anyone else, and the weakest teams are typically rewarded with the first choice of new players entering the league (the draft).

In essence, the league is run as a kind of socialist collective by the franchise owners. And this model has been colossally successful in generating profits over the last 50 years.

In 2012 a study by WR Hambrecht estimated the market value of the four major leagues (NFL, MLB, NBA, NHL) at $67 billion. Collectivism seems to work.


Sports in Europe is dominated by soccer, which operates under a completely different business model.

From an economic perspective there is free entry, in the sense that anyone can start a team and enter at the lowest league level, and then work their way to the top purely on sporting merit.

This is because each league in a given country is connected to every other league through the promotion and relegation system. This specifies that at the end of the season the worst performing teams (in sporting teams) and sent down to play in the next league down (relegation), whose best teams replace them (promotion).

This fluidity promotes a kind of cutthroat competition, where collective agreements are very limited. The threat of relegation means that the strong are not willing to share with the weak.

Perhaps surprisingly, the European model is one of pure capitalist competition, red in tooth and claw. Profitability is very low.

According to a study published by UEFA, the European governing body of soccer, in 2012, out of 700 clubs operating in the top divisions in European countries, 63% reported an operating loss, 55% reported a net loss, 38% reported negative net equity and auditors raised "going concern" doubts in 16% of cases.

European leagues are also highly unequal in sporting terms, with a handful of clubs dominating competition at both national and European level.