An EU Convention on Match-Fixing? 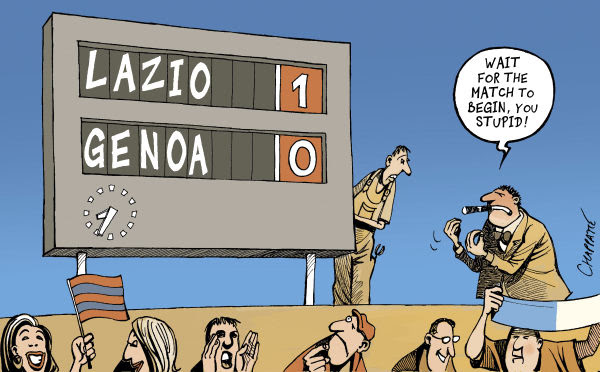 Play the Game reports that the Council of Europe has recently resolved to as one of its subsidiary groups to initiate coordination of "a possible new international legal instrument relating to manipulation of sports results."

The full resolution, which was passed in March says the following (available here in PDF):

--Welcome the work performed in the framework of the Feasibility Study on a possible new international legal instrument relating to manipulation of sports results, and notably match-fixing, based on the Recommendation CM/Rec(2011)10;
--Invite the Enlarged Partial Agreement on Sport (EPAS), where appropriate, in co-operation with the Group of States against Corruption (GRECO), the European Committee on Crime Problems (CDPC), Moneyval, and the Economic Crime Division (Cyber crime), and in coordination with the European Union :

--Propose to the Committee of Ministers of Council of Europe to invite the CDPC, in co-operation with GRECO and EPAS to consider, as a separate issue, the feasibility of an additional protocol to the Council of Europe Criminal Law Convention on Corruption (ETS no. 173), that could expand to the sport sector the scope of application of its provisions;
--Invite EPAS to explore the possibilities of the establishment of an international network of national authorities in charge of the policy regarding the betting market, in order to address sport integrity issues;

I see that neither Italy nor Turkey are members of the EPAS, which raises some interesting questions about the process of initiating a convention, as both countries are sites of recent major match-fixing scandals. I will make some inquiries about the significance of that fact, and report back.

The actions by the EPAS and the COE are most welcome and add additional evidence that the resolution of vexing sports governance problems lies with governing bodies and not sports organizations alone.
Posted by Roger Pielke, Jr. at 6:24 AM