How Independent is WADA's Sochi Investigation? 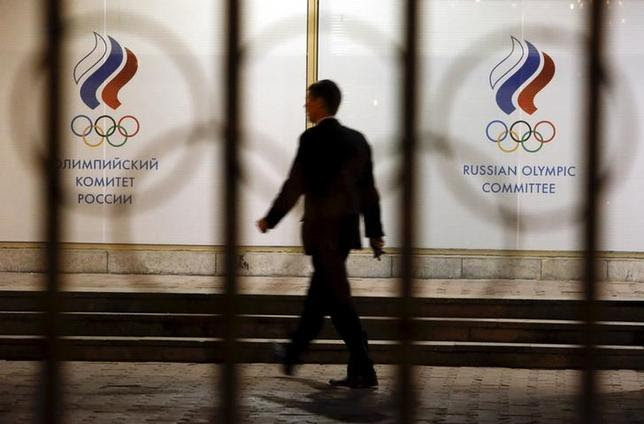 Last week WADA published the Terms of Reference (ToR) for its investigation into allegations published in the New York Times of systematic, state-sponsored doping at the Sochi 2014 Winter Olympics.  The investigation is on a fast track, with a report due in less than 2 months, presumably so that the report can inform decisions about Russia's status in the Rio 2016 Olympics.

Here I focus on the structure of the investigation, and specifically the notion of independence and conflict of interest, two topics that I've written about often. Sports organizations have had a difficult time with the notion of "independent advice" and WADA is no different. Because the Sochi investigation is to play a critical role in any decision to exclude or include Russian athletes in Rio this summer, it is critical that WADA has all of its ducks in a row, regardless which way that decision goes.

The Sochi ToR explains that "an Independent Person (IP) has been appointed" -- this is Richard McLaren, who also recently served with Dick Pound on the WADA Independent Commission that looked into the last batch of allegations of systemic doping in Russian athletics (that effort had some issues with "independence" as well). McLaren is a long-time WADA collaborator, CAS arbitrator and has a stellar resume in the world of sports governance. His impressive credentials are not at issue here -- but his advertised "independence" is.

The notion of "independence" has come up as an important issue in the structure of the Sochi investigation. WADA explains:


Sir Craig Reedie acted swiftly to name Richard McLaren further to requests received by the former director of Moscow’s anti-doping laboratory, Dr. Grigory Rodchenkov; and, whistleblower, Vitaly Stepanov.  Dr. Rodchenkov and Mr. Stepanov – that are the informants for this investigation -- both expressed concerns regarding ‘independence’.  These are sentiments that were echoed by Beckie Scott, the Chair of WADA’s Athlete Committee.  Dr. Rodchenkov and Mr. Stepanov indicated that, in light of a perceived conflict of interest -- given that the allegations relate to the Sochi Olympics and that WADA is funded by the International Olympic Committee (IOC) – they would only provide evidence in their possession to an independent person.

But what is an "independent person" in this context? If you dig a bit deeper, behind the words, you'll find that that WADA's Sochi investigation is in no way "independent" and instead should be considered an internal investigation.

There is nothing wrong in organizing an internal investigation - organizations do this all the time. However, it is misleading to label such an internal activity as "independent." Let's dive into some of the details.

The ToR for the McLaren investigation do not define what it means to be an "Independent Person." The ToR states:


The IP will be bound by the Conflict of Interest policy adopted by the WADA Executive Committee in May 2011, and in this light, are required to complete and sign a Statement of Independence and Interest in accordance with such policy.

It turns out that the WADA Conflict of Interest Policy is not publicly available. I emailed WADA last week requesting a copy and they responded quickly with a copy of the Conflict of Interest Policy dated December 2015 (and not May 2011, as stated in the ToR) that was last modified 20 May 2016. I am happy to make that document available here in PDF.

Interestingly, the WADA COI Policy does not define "conflict of interest" as is standard practice in such policies - here are some examples I rounded up last fall. Here is what WADA states about COI:

Every person who is subject to the Policy shall, in the exercise of his or her functions on behalf of WADA, be free of undue influence or other factors which may give rise to a conflict between his or her own interest or the interest of any other person and that of WADA.

What does this mean?  It is not at all clear. The WADA COI Policy is so imprecise and circular that it does not mean much at all. Contrast this with the COI policies of IOC (PDF) or IAAF (link).

I have emailed WADA with the following questions:


1. Can you tell me the budget for McLaren's investigation, including his remuneration?
2. Can you share McLaren's "Statement of Independence and Interest"?

In addition, McLaren is operating under some restrictive communication policies. For instance, under the ToR McLaren is "required to sign a confidentiality agreement upon appointment" and also "must read and agree to comply with WADA’s Media Relations policy." The WADA Media Relations Policy is also not a public document, but I have requested it as well from WADA. McLaren's efforts are to be staffed by WADA officials and people from WADA labs.


The bottom line here is that the investigation does not look very "independent" at all. It is an internal WADA effort, being led by a long-time WADA collaborator. This may all be just fine, however, WADA has made a big deal about the "independence" of its investigation to address concerns raised by whistle blowers and athletes.  WADA has not addressed their concerns in any meaningful way.

The lack of independence of it Sochi investigation has set WADA up for problems when a decision is ultimately made on Russian participation in Rio 2016, no matter how that decision is made.

There are a few loose ends to the above, and I will follow up as they are addressed.
Posted by Roger Pielke, Jr. at 10:01 AM