The Proposed Reforms from FIFA's IGC 2012 Report Unimplemented by FIFA 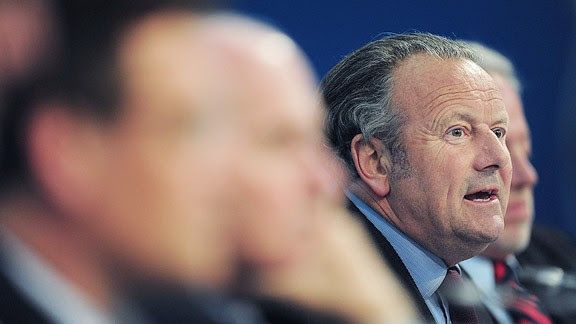 Below you can find the recommendations made by the FIFA IGC in its first report (here in PDF) which I have identified as having not been adopted by FIFA in its reform process. These recommendations comprise part of the reform evaluation which I recent discussed at Play the Game back in June and to which FIFA responded to here.

Questions worth thinking about include: Which ones are most important? Which ones are secondary? Which may be off the mark? Comments welcomed either here or via email.

Here are the 9 unimplemented recommendations:

1. First and foremost it is fundamental that nominees for senior FIFA positions are vetted by an independent Nominations Committee, to be put in place as soon as possible, in order to ensure that candidates for the next elections fulfill the necessary substantive criteria and ethical requirements and that the selection process is fair and transparent.
2. it is furthermore fundamental that the Chairs of the Nomination Committee and the Audit & Compliance Committee have a seat in the Executive Committee
3. The  initial  candidates  for  [The  Chairs and Deputy  Chairs of  the Investigatory Chamber  and  the  Adjudicatory  Chamber]  should  be  selected  and  proposed  by  the  IGC
4. The  Secretariat  of  the  Ethics  Committee  should    directly  report  to    the  Chairs  of  the    investigatory  chamber  and  the  adjudicatory    chamber  respectively    and  should  be    independent  from  management;
5. "In  the  area  of  Compensation & Benefits, the  Audit & Compliance Committee  should  have the following main  responsibilities:
6. In  order  to  support    their  supervisory    function,  the    Chairs  of  the    Audit  &  Compliance    Committee    and    the  Nomination  Committee  should  participate  in  the  meetings  of  the  Executive  Committee;  they    should  therefore  have  a  seat  in    the  Executive    Committee.
7. Slightly    differing    from  the  suggestions  of    the  Task  Forces,  the  IGC proposes  the  introduction  of  the  following  terms  of  office:
Contrary  to the  Task    Forces,  the  IGC    is  not  proposing  an    age  limit;  the  proposed  terms  of office, the  impeachment  procedure  and  the  integrity  checks  should  serve  the  purpose  of  ensuring efficient corporate  bodies.
8. The  Statutes  should  be  amended  by  the  responsibility  of  the  Audit  &  Compliance  Committee  to establish  and  monitor  a  best  practice    Compliance    Program  and  to    oversee  the  Compliance function.
During  2012,  the  relating  policies  and  procedures  need  to  be  reviewed  by  the  IGC  before enactment by  the  Executive  Committee.  The  policies  need  to  address  –  inter  alia -- the  following topics  in  a consistent  (i.e.  the  same  rule  for  officials  and  employees)  and  detailed  way:
9. In  order  to  ensure the integrity of  FIFA’s officials and  key employees  in  line  with  FIFA’s values and  principles, a Nomination Committee  should  be  established.  This  includes  the following primary  steps, which  should  be  implemented  as soon as possible: