The US Congress and the Lance Armstrong Affair 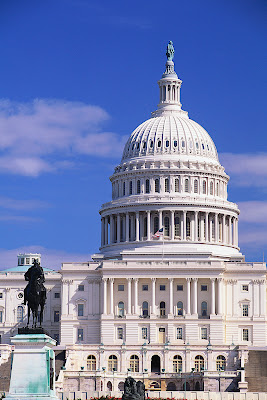 The fallout from the Lance Armstrong affair continues. Today, Armstrong was dumped by several of his biggest sponsors, including Nike, RadioShack, Trek and Anheuser-Busch,. Nike alone paid him up to $12 million per year. Armstrong also stepped down from chairman of the board of the Livestrong Foundation, his cancer advocacy organization, a move characterized by the organization's CEO as a "leave of absence," perhaps reflecting an unjustifiable optimism that the storm will pass.

Here I discuss some of the curious actions of several members of the US Congress in a belated effort to protect or defend Armstrong against the accusations that have been leveled against him. There is clearly much, much more to this story than has yet been released publicly, and the whiff of a political scandal is not hard to detect.

Here is a concise run down of publicly available information, which is incomplete, no doubt.

Back in July, the Wall Street Journal reported that the Livestrong Foundation was engaged in lobbying on Capitol Hill on behalf of Armstrong's battle against the USADA, a potentially illegal activity for a non-profit organization:


A spokesman for U.S. Rep. José Serrano (D., N.Y.), who sits on the House Appropriations Committee, said his office was visited by a registered lobbyist working on behalf of the foundation, which works to increase awareness of cancer.

The lobbyist's main purpose, the spokesman said, was to talk about the U.S. Anti-Doping Agency, which enforces rules about performance-enhancing drugs in sports, and which has charged Mr. Armstrong and five others associated with his former cycling team with operating a doping conspiracy in an effort to dominate the Tour de France.

Why Rep. Serrano you might ask? The answer is that he is the Ranking Member of the House Appropriations Subcommittee on Financial Services and General Government, which includes in its portfolio the Office of National Drug Control Policy (ONDCP), which has oversight over USADA. In short, Rep. Serrano is a bigwig, and arguably one of the four most important members (of 535) in the US Congress if your goal is to have some influence over USADA.

Not long after, Rep. James Sensenbrenner (R-WI) sent a letter to the ONDCP expressing a vigorous defense of Armstrong, seemingly taken straight from the arguments advanced from Armstrong's legal team. Following the release of the USADA's "Reasoned Decision" the letter now makes Rep. Sensenbrenner look like - in generous terms - a gullible fool:


The United States Congress has no role in determining whether an individual athlete doped . . .

[but] . . . USADA’s authority over Armstrong is strained at best. . . USADA has adopted a novel conspiracy theory . . .  Armstrong, however, has never failed a drug test despite having been tested over 500 times . . . Presumably, USADA has offered other athletes inducements to testify against Armstrong, but USADA has no obligation to disclose what those inducements were or whether it offered them.

In an impressive display of clairvoyance, Sensenbrenner even alluded to the fact that Armstrong might decline to participate in the USADA arbitration process:


If Armstrong submits to USADA’s arbitration, he will be in the unenviable position of carrying the burden to rebut testimony from witnesses he cannot even cross examine.

In response to Sensenbrenner's letter, R. Gil Kerlikowske, Director of the ONDCP, provided a substantive and measured response, explaining the legislative basis for ONDCP and its oversight. He also cautioned that it would be "extraordinary and inappropriate" for the ONDCP to insert itself into an arbitration proceeding (response letter here in PDF), language which might also be applied to the efforts by a U.S. Congressman to influence the USADA process.

Now you may ask, why Rep. Sensenbrenner? The answer is that he is the Chairman of the Subcommittee on Crime, Terrorism and Homeland Security of the House Judiciary Committee, which has jurisdiction over ONDCP. It is also worth noting that the district represented by Mr. Sensenbrenner is home to Trek Bicycles, the long-time Armstrong sponsor (which dumped him today).

In response to legislative pressure being directed on USADA by Rep, Sensenbrenner, Senator John McCain (R-AZ) voiced his support for the process:


While the charges are serious, and I expect the process to be fair, I fully support USADA and its right to undertake the investigation of, and bring charges against, Lance Armstrong. USADA is authorized by Congress and provides assurances to taxpayers, fans and competitors that sports in America are clean. USADA’s rules and processes, approved by America’s athletes, the United States Olympic Committee and all U.S. sport federations, apply to all athletes regardless of their public profile or success in sport. This process is the proper forum to decide matters concerning individual cases of alleged doping violations.

Then, just about one month ago, Rep. Sensenbrenner and Rep. John Conyers (D-MI), the Ranking member of the Subcommittee on Crime, Terrorism and Homeland Security of the House Judiciary Committee, introduced a bill in Congress to clamp down on the USADA.

Conyers said the legislation would “ensure that our American athletes — just like every other U.S. citizen – [are] accorded the full measure of due process constitutional protections when issues arise surrounding the important drug testing functions of USADA.”

The text of the proposed legislation can be found here in PDF.

Now that the USADA has released its "Reasoned Decision" all of these political machinations appear to be moot, as the cycling world has been turned upside down.  However, there are questions to be raised about the role of U.S. politicians who have sought to insert themselves into the process of sports governance on behalf of Lance Armstrong. Such as: Who? What? Why? When? How?

These are questions that might be asked and answered by investigative journalists or even aspiring politicians. If Mark McGuire can be called before the US Congress, so too can Lance Armstrong and Livestrong executives. Congressional hearings on this affair do not seem unlikely. Stay tuned.

Every indication suggests that there a seamy underside to sport and politics in the U.S. yet to be revealed.
Posted by Roger Pielke, Jr. at 9:17 PM