Nationalism in Football, Who Knew? 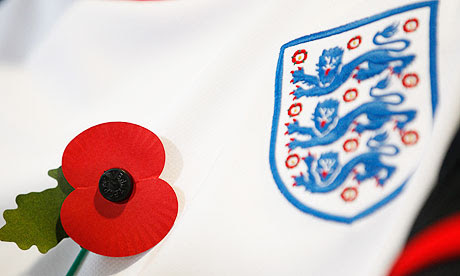 
Soccer’s governing body FIFA has questioned the Argentine FA over reports that the country’s championship could be renamed after the General Belgrano battleship sunk during the Falklands conflict with Britain in 1982.

AFA has been warned that the potential name change for the Clausura championship, second of two tournaments in the season, which began last weekend, could breach FIFA statutes.

However, an AFA spokesman said the championship had not been given that name and the issue would probably be discussed at the body’s weekly executive committee meeting late on Tuesday.

FIFA earlier issued a statement on the matter.

“FIFA contacted the Argentine FA (AFA) with regards to a potential change of name of the Liga de Primera Division. According to media reports, the league was set to be named after ‘Crucero General Belgrano’,” said FIFA. FIFA has walked right into a mess here. You may recall not long ago England's desire to recognize its military, including those who participated in the Falklands War against Argentina, by wearing a poppy on their uniforms during a recent friendly against Spain. England protested vociferously, with interventions by David Cameron and Prince William, and FIFA ultimately relented.

At the time, John Leicester summed up the situation well :

With help from Prince William and well-timed indignation from Prime Minister David Cameron, England won this time. It bent FIFA’s arm so that its players can wear a symbol — a red poppy — during a football match this weekend, to remember the dead from the past century of wars Britain fought in.

But the begrudging ‘If you insist’ from FIFA sets an unnecessary and perhaps risky precedent.

Could China now request that its team be allowed to commemorate Japan’s 1937 slaughter of at least 150,000 people known as the “Rape of Nanking?”

Can Japan have a dove of peace or other symbol to remember the atomic bombings of Hiroshima and Nagasaki?

There are 200 or so countries under the FIFA umbrella, and each and every one of them has political and social issues, special days of historical importance, perceived injustices and long-held grudges, and nationally recognized symbols that are as dear to their hearts as the poppy is to those Britons who wear it ahead of Remembrance Day on Nov. 11 in tribute to soldiers killed from World War I onward.

Is FIFA now surprised to find other national soccer federations wanting to honor their military via symbolic acts? It will be interesting to see how this one develops.
Posted by Roger Pielke, Jr. at 7:10 PM