US Olympic NGB Revenues in 2016 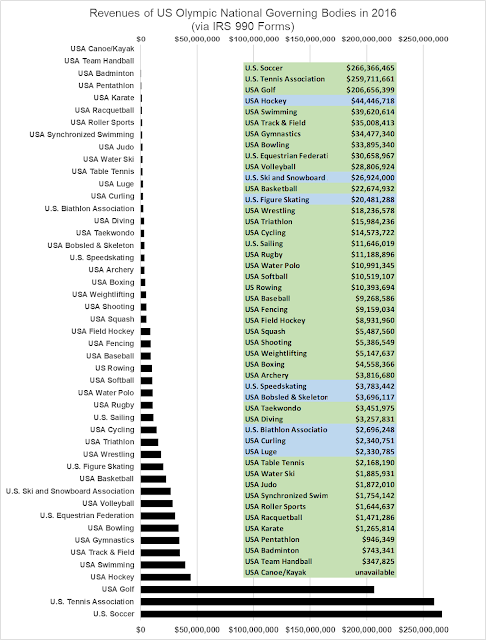 UPDATE: An eagle-eyed reader caught a mistake in USA Archery and USA Bowling. Now fixed. Thanks for the close reading.

The image and data above shows US Olympic National Governing bodies ranked by 2016 revenue as reported to the IRS on Form 990, line 12. Some details:

Some top level figures:
Golf, Tennis and Soccer are clearly in a financial class by themselves.

In the works: How many employees of the NGBs make salaries of $100k+?