What's Going on with FIFA and its Watches? 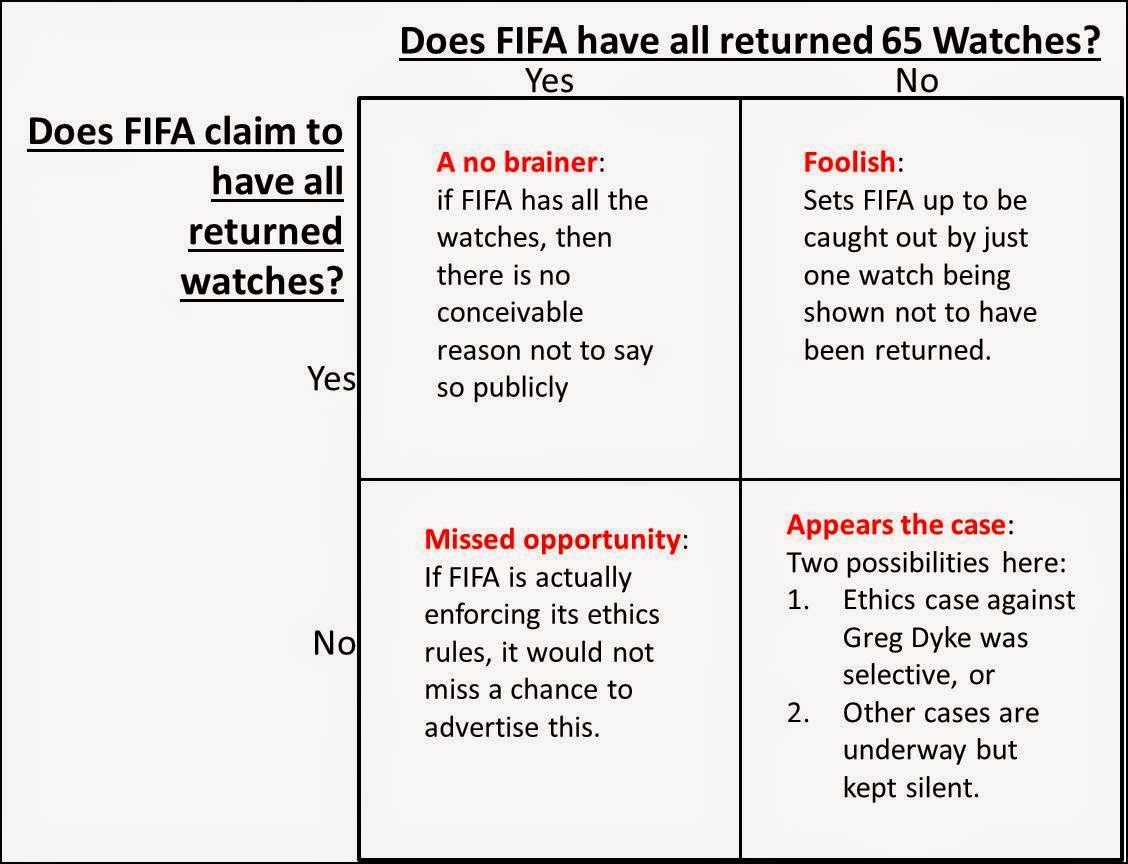 Trying to figure out why FIFA does what FIFA does is often a challenge. Take the ongoing saga of the Brazilian gift watches (background here and here).  In theory, this situation should provide a great opportunity for FIFA to demonstrate publicly and unequivocally its commitment to its new ethics rules. Instead, it is an issue clouded by mystery.

As a matter of logic and common sense, it would seem that FIFA does not have all 65 watches. I cannot imagine a scenario in which FIFA has all the watches and would not admit as much (of course that might just reflect the limits of my imagination!) If this is so, it would imply either (a) that its very public ethics case against Greg Dyke was selective, (b) or that other cases remain open. If the latter, then as a matter of consistency we should expect ongoing press releases about returned watches and ethics case, as we saw yesterday with respect to Dyke. If (a) then that would really refelct poorly on FIFA - using ethics rules selectively to punish or shame.

Whatever is going on at FIFA, this episode reveals a continuing lack of transparency and a basic failure to understand the meaning of ethics guidelines and their application. As I have previously written, FIFA could make a powerful public statement by holding a press conference with the 65 gift watches arrayed on a table, and then could announce the donation of $1.3 million (their collective value) to some noble cause.

For FIFA watchers, this episode is but one of many that raises an eyebrow, but it also suggests that despite claims to the contrary, little has actually changed.
Posted by Roger Pielke, Jr. at 9:00 AM