Inconsistencies Between Johaug vs. Sharapova at CAS 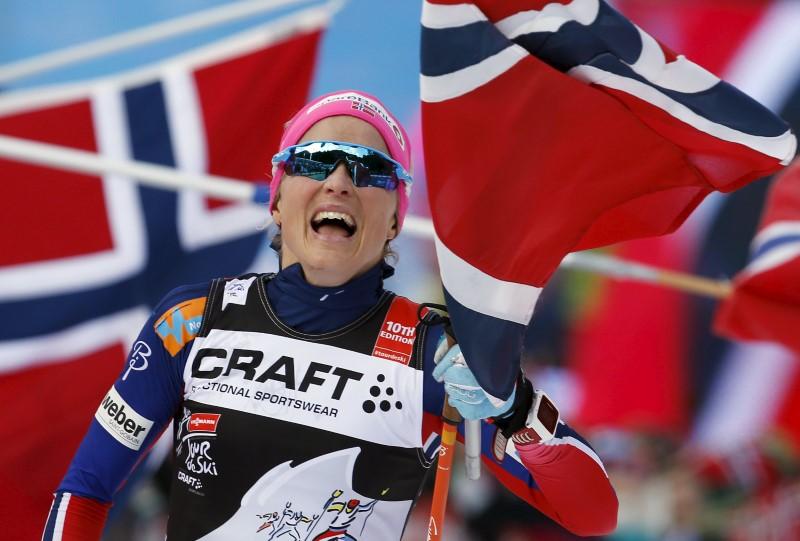 I've had a close read of the CAS decisions on the doping violations of Russian tennis superstar Maria Sharpova (here in PDF) and Norwegian nordic superstar Therese Johaug (here in PDF). The cases are remarkably similar in many respects. Both involve an athlete who was given bad advice by a trusted advisor -- an agent in Sharpova's case and a doctor in Johaug's case. Both were judged to have committed an anti-doping violation with "no significant fault" (NSF). Both admitted to taking substances on the WADA prohibited list by mistake.

However, the CAS decisions are remarkably different. Sharapova received a reduced sanction which allowed her to pick up her professional career with minimal impact. In contrast, Johaug saw her sanction extended, resulting in her missing the 2018 Olympics, arguably with near maximum impact on her career (were she to qualify in 2022, it would be past the peak of her career). Further, CAS went out of its way to characterize Sharapova as deserving of sympathy and Johaug as not deserving such sympathy.

One CAS arbitrator sat on both cases. Below I've excerpted some of the key passages from each judgment. Have a look, and see whether you think there is consistency here. If you are interested, I'd encourage you to read both judgments in full. In my opinion there is a troubling degree of arbitrariness in the CAS sanctions between these two athletes that should be viewed as problematic by anyone who cares about athlete due process under lex sportiva.

Is the athlete ultimately responsible?


"an athlete can always read the label of the product used or make Internet searches to ascertain its ingredients, crosscheck the ingredients so identified against the Prohibited List or consult with the relevant sporting or anti-doping organizations, consult appropriate experts in antidoping matters and, eventually, not take the product. However, an athlete cannot reasonably be expected to follow all such steps in each and every circumstance."

Can an athlete delegate some responsibility to a professional on their team?


"the Panel finds it striking that Ms Johaug did not perform the most important of them. She was given the packaging of the Trofodermin but did not conduct even a cursory check of the label. . . It follows that a top athlete must always personally take very rigorous measures to discharge these obligations. The CAS has specifically noted that the prescription of medicine by a doctor does not relieve the Athlete from checking if the medicine contains forbidden substances or not"


"even though, under the TADP, it is the Player’s personal duty to ensure that no prohibited substance enters his/her body (Article 2.1.1) and it is the responsibility of each player to be familiar with the most current edition of the Prohibited List (Article 3.1.2 in fine), nothing prevented the Player, a high-level athlete focused on demanding sporting activities all over the world, from delegating activities aimed at ensuring regulatory compliance and more specifically that no anti-doping rule violation is committed"

Should an athlete trust their doctor?


"It is not appropriate for an athlete, without any substantiation, to draw a conclusion that her doctor has carried out his responsibilities properly, and subsequently adjust her own level of diligence according to what she thought the doctor could have done."


"The Panel wishes to emphasize that based on the evidence, the Player did not endeavour to mask or hide her use of Mildronate and was in fact open about it to many in her entourage and based on a doctor’s recommendation"

What was the level of fault?


"the appropriate level of fault is No Significant Fault (“NSF”)"

What is the appropriate sanction?

CAS on on Johaug (increased sanction from 13 to 18 months):

CAS on Sharapova (reduced sanction from 24 to 15 months):


"the Panel has determined, under the totality of the circumstances, that a sanction of fifteen (15) months is appropriate here given her degree of fault"

How should we think of this athlete?


"Considering Ms Johaug’s extremely high level of experience and success as an international athlete, her failure to conduct a basic check is very surprising. Throughout her ten-year career as a professional cross-country skier she has been subject to approximately 140 doping control tests. As such, she should have been very familiar with the rigorous standards expected of an athlete such as herself."


"The Panel wishes to emphasize that based on the evidence, the Player did not endeavour to mask or hide her use of Mildronate and was in fact open about it to many in her entourage and based on a doctor’s recommendation, that she took the substance with the good faith belief that it was appropriate and compliant with the relevant rules and her anti-doping obligation"