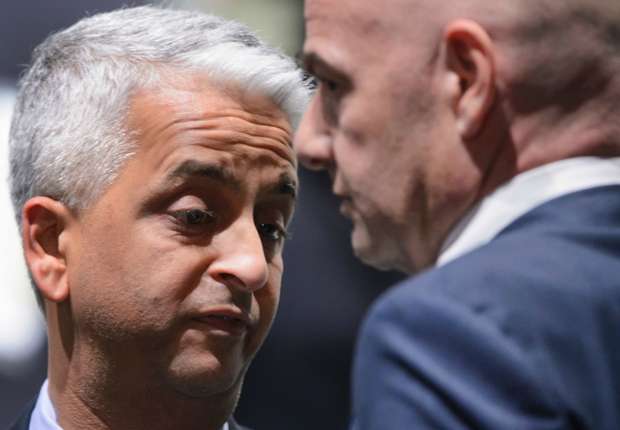 The US soccer media has a curious blind spot when it comes to US Soccer, rarely asking probing or critical questions in favor of the puff piece. This week news broke via German paper Frankfurter Allgemeine Zeitung that Sunil Gulati worked behind the scenes in support of FIFA President Gianni Infantino's effort to oust  FIFA’s Audit and Compliance chief Domenico Scala (a media report in English here).


The American FIFA Council Member Sunil Gulati reported several meetings with the then head of the Audit and Compliance Commission, Domenico Scala to reach an amicable agreement for him to resign before the Congress. This effort failed. Infantino stressed that FIFA Council members should nonetheless continue to work on a solution with Scala in the time remaining before Congress.

If a withdrawal by mutual agreement did not succeed, he points to two ways to remove Scala from FIFA, one is that he could be removed by the FIFA Congress. The other variant: A new congressional mandate that gives the FIFA Council for one year the mandate,the ability to remove members of supervisory bodies from the Council. This eliminates the separation of powers. As a consequence, Infantino said, Scala could be discharged in a week or two.

Scala preempted all these machinations by resigning in protest.

Gulati shows up again in the transcripts noting that Scala can't be removed without due process:


"We can’t operate that way. We can’t dismiss people without a piece of paper and facts"

Given Gulati's reported role in trying to quietly usher out Scala, it is unclear what the reasoning was behind his concern about process. The past years have seen enough dubious actions by Gulati (such as here and here and here) to suggest that it would be appropriate to ask him a few questions about his role in the undermining of FIFA reforms. It wouldn't be the first time that Gulati said one thing in public and did another behind the scenes. Gulati remains the only member of the 2009 CONCACAF ExCo not caught up in corruption and currently makes $300,000 per year to sit on the FIFA Council. A little public accountability is not unreasonable.

However, we don't know much about this episode because the US soccer media, for whatever reason, gives Gulati a free pass.
Posted by Roger Pielke, Jr. at 6:47 AM